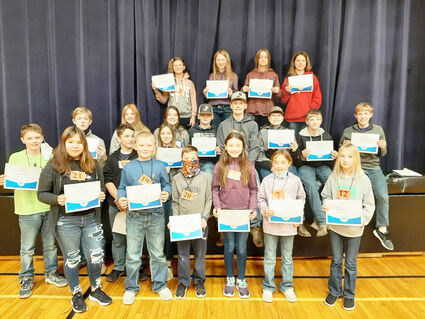 In front of a small audience of fellow students and a few parents, 21 spellers from the Chinook School District employed their wits in the district's spelling bee for grades 5-8. The bee took place at Meadowlark Elementary School's gymnasium on February 1. As the words increased in difficulty, the spellers dwindled in number until one emerged victorious: fifth grader Cynnloch Gibson. He, along with five additional spellers advanced to the Blaine County Spelling Bee on February 9.

After welcoming everyone, Meadowlark School's interim Principal Leslee Weber introduced the spellers. She then...