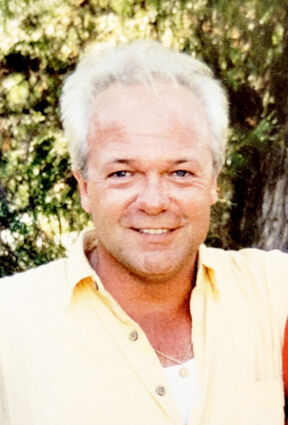 David Francis Inman passed away on February 1st, 2022, at his home in Great Falls, MT at the young age of 58.

He was born January 1st, 1964, in Havre to Bob and Nancy (Burgess) Inman and was the youngest of 10 children. He was the first baby born in the hi-line area for that year. He grew up and attended all his schooling in Chinook.

He married Cathy Hawley in 1984 in Chinook and was blessed with two children, Brandy and Bud. In the early years, he worked for Gordon Jewelers, where he first found his enjoyment in sales. His charisma, big smile, and ability to make anyone his friend made this the perfect job for him. As he progressed in his job to regional sales manager, the family moved to Thousand Oaks, California, Minot, North Dakota and finally to Vancouver, Washington in 1989.

In 1993, his love for cars and knowledge of sales led him to his true passion and he went to work for Dick Hannah Honda & Volkswagen. In 1998, he moved back to Montana and continued his career as a General Sales Manager at Capital Ford in Helena. He had the opportunity to open his own auto dealership in 2000, calling it Prime Time Auto. While the business grew and sales were strong, the management of sales employees and running a service department wasn't what he wanted to do. In 2004, his dear friend, Mark Taylor, offered him a good job as Finance/Business Manager at Taylors Auto Max so he moved to Great Falls.

Dave was a very giving and generous person, helping anyone and everyone that he could. He understood life's struggles and was always there to pick someone up when they needed it. His non-judgmental personality allowed many to confide in him. He never asked or expected anything in return. The rest of his free time, if he wasn't in Mexico, he could be found cruising the highways in one of his many sports cars. Most recently and the one he loved the most was his viper.

Services will be held at Saint Gabriel's Catholic Church in Chinook. Visitation will be at Wilderness Funeral Home on Thursday, February 10th from 6pm-9pm. On Friday, February 11th, viewing will begin at the church at 11:00am, with a full mass service at 12:00pm. Interment at Kuper Memorial Cemetery. Reception will follow in the parish hall. Arrangements were entrusted to Wilderness Funeral Homes.