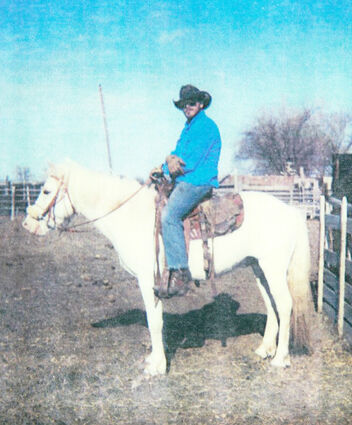 Donald Lee Annis was born September 17, 1949 in Harlem, MT to Alton D. Annis and Orla Lott Annis. He passed away at his home in Chinook, MT on January 19, 2022 of natural causes.

Donald got meningitis when he was 2 ½ years old and had a very high temperature which caused nerve damage and caused his loss of hearing. He attended the Deaf and Blind School in Great Falls for his education. He graduated in 1968. He worked at Nelson Tire Company in Great Falls after his graduation for that summer. Then he moved back to Chinook and worked for four years for different farmers and ranchers in Blaine County.

He married Ella Wagner on June 10, 1972, and they moved to Great Falls where he worked for Nelson Tire Company again for two years. They moved back to Chinook and he worked for Milk River Elevator in the warehouse for ten years. Then he moved his family to Moorcroft, WY in 1985, to work on the Wagner Ranch doing ranch work. He had three children by then and had to get another job to support his family. He went to work at Neiman Sawmill Inc. in Hullet, WY. He worked on the ranch during the day and at the sawmill at night for 21 years. He retired in 2011 and moved back to Montana.

He liked horses and cattle and working with them. He had several horses when he moved back to Montana. He had to sell them and move to town as his wife had MS and it got so he had to care for her all the time until she passed away in 2016.

Donald was a hard worker and always had to be doing something. He had a great sense of humor in spite of his handicap and was always joking about things. He enjoyed his D40 video and talking to his deaf friends in Montana and Wyoming.

He is survived by his son, Matthew (Donna), of Wyoming; his daughter, Wendy (Mike), of North Dakota; 2 brothers; 4 sisters; 3 step-brothers; one step-sister; 2 grandchildren; and numerous nephews and nieces.

He was preceded in death by his parents; 4 brothers; 2 sisters; his oldest daughter; and his wife.

A memorial service will be held Friday, June 10, 2022, at the Harlem Cemetery at 10:30 AM with a potluck following the service at the Zurich Park Hall.