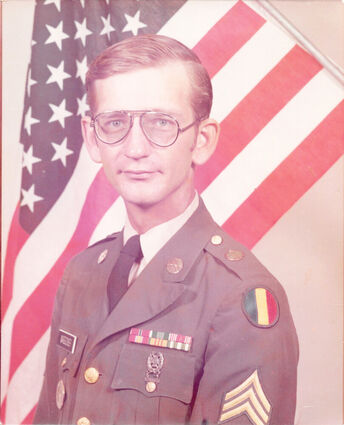 James P. Waggoner, Jr., 74, went to be with the Lord on Saturday, January 29, 2022. Wake services began at 5:00 p.m. on Tuesday, February 1, 2022, and continued until is funeral service, which began at 11:00 a.m. on Wednesday, February 2, 2022, at the Fort Belknap Community Center. Burial followed in the Pony Hill Cemetery. Holland & Bonine Funeral Home was entrusted with arrangements. Please visit Jim's online memorial page and leave a message of condolence for his family at http://www.hollandbonine.com.

Jim was born on October 24, 1947, in Fort Baker, California. Following his school years, he spent 11 years in the regular Army, serving two tours of duty in Vietnam. He met and married Bea Stump at Fort Jackson, SC, on May 15, 1972. After his honorable discharge, having been a drill sergeant as his last job in the Army, Jim became a police officer, serving the Harlem and Chinook Police Departments. His last years were hard as he was confined to a wheelchair, but like everything else in his life, he just accepted it.

Jim died happy with his life! He told his wife Bea that he would see her in Heaven one day, and that the one thing he would miss was her. His happiest days were being married to his one true love, Beatrice M. Waggoner.

Jim was a kind man who will be missed by all who knew him.