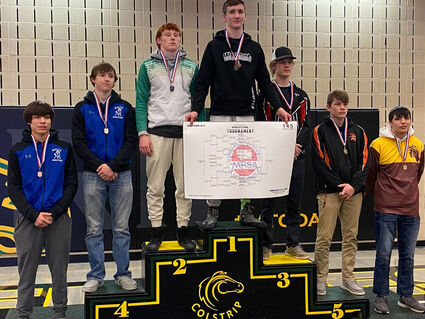 The Chinook Sugarbeeter and Harlem Wildcat boys wrestling teams turned in a fine effort on the mat this past weekend. Competing at the Eastern B/C Divisional in Colstrip both the 'Beeters and the Wildcats qualified three grappler's each for next weeks State B/C Wrestling Tournament in Billings.

The Sugarbeeters were led by junior Tyler Schoen who went 3-0 and claimed the 170 pound weight class championship. Also advancing to next weeks state tournament for the Sugarbeeters will be senior Wyatt Dunbar following his runner up finish in the 285 pound division. Junior Lane Snider punched his t...