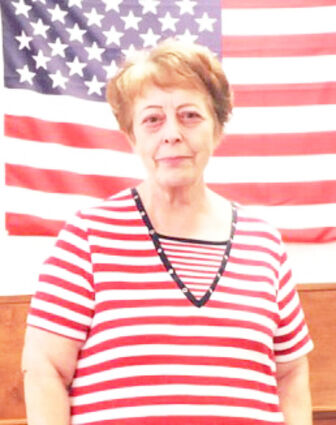 Eufemia (Faye) DeLucia, 75, passed away on February 7, 2022 at the Northern Montana Care Center in Havre, Montana.

Eufemia was born on September 16, 1946 in San Bartolomeo in Galdo - a province of Benevento, Italy. She and her family immigrated to the United States when she was 6 years old. She grew up in the Bronx, New York and after graduating from high school, received her cosmetology license. Eufemia met her husband through family. They wrote letters from New York to Italy for eighteen months. Giovanni DeLucia would come to America to marry Eufemia. After getting married on June 6, 1975 they had two sons, John and Anthony. After many years on the East Coast, they packed up their family and moved to Arizona where their third child and only daughter Alissa was born.

In 1984, they moved to Central California where they bought land and built their own house. Years later, Giovanni would renovate his garage by splitting it in half and building Eufemia her very own beauty salon. She owned Faye's Salon 35 until 1996 when she moved to Montana.

Many who knew Eufemia will remember her larger than life voice, sense of humor, and most of all, her stories.

The family asks that in lieu of flowers and cards, donations be made to PAWS of Chinook PO Box 132 Chinook MT 59523 or to the Dementia Society of America. The family would also like to thank the team at the Northern Montana Care Center for caring for Eufemia in her final months.

Arrangements have been entrusted to Wilderness Funeral Home.