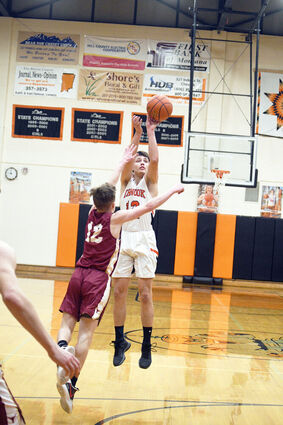 The Chinook Sugarbeeters have been a vastly improved team as of late. After a tenuous start to the season in December, the team has come together and strung some quality outings together. This past week they concluded their regular season with the straight conference wins and head to the post season on a roll.

Monday the 'Beeters were in Hays to take on the Thunderbirds and escaped with a hard fought 47-41 overtime victory. The 'Beeters were back in action on Friday as they hit the road for a contest with the North Star Knights. After a bit of a sluggish start they pulled out a 58-50 win ov...