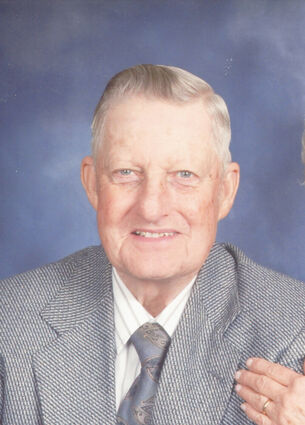 He was born on October 15, 1936, in Renville, Minnesota to John and Pearl Elliot. He graduated from Morton High School, Class of 1954 in Morton, Minnesota. At the beginning of his college career, Wally was drafted into the U.S. Army in August of 1961, and proudly served his country in North Korea for 2 years in the 6th Howitzer Battalion 80th Artillery. He was considered an Expert Rifleman. He graduated from Utah State University in Logan, Utah with a Bachelor of Science in Range Conservation the 6th day of June, 1964. Wally was employed by the Bureau of Land Management (BLM) for 30+ years working as a Range Conservationist in the towns of Dillon, Miles City, and Havre, Montana. He retired from the BLM in 1991 and then obtained his real estate license. He worked for Inman Real Estate for many years. Wally married Carol on August 20, 1966, and they began their family in Dillon, Montana. Of their union, they had 4 children: Christina, John, James (Jim), and Justin. He had a great love for his wife, children, and grandchildren. Wally treasured spending time with his horses, discussing history, and enjoying the great outdoors while hunting and fishing. He loved to share his extensive wealth of knowledge with his family, friends, and friendly people on the street. Wally and Carol celebrated their 55th wedding anniversary in August 2021.

Wally was an active member of the Blaine County Museum Board for 27 years. He also faithfully served on the Presbyterian Church Board for 20 years in Chinook from 1984 to 2009. He served on the Buildings and Grounds Committee for many years as well as the President of the Church Corporation for several years. Wally initiated and started a scholarship program in 2015 at the Presbyterian Church. Twenty-five scholarships have been awarded, including one to his granddaughter Brooke (Elliot) Pruttis. Wally served as a board member for 18 years on the Fort Belknap Irrigation District from 1995 until 2013. His children were active 4-H members, and Wally served on 4-H Council Board for several years as well.

He was preceded in death by his parents, John and Pearl Elliot; his sister, Margaret (Elliot) Smith and her husband Roger Smith; and daughter-in-law, Lee Anne Elliot.

Funeral services were held at the Presbyterian Church on Monday, February 21st, 2022 at 2:00 pm located at 437 Indiana Street, Chinook, Montana. In lieu of flowers, donations or memorials may be sent to the Presbyterian Church in Chinook, Montana or to the Blaine County Museum also in Chinook, Montana. Holland & Bonine Funeral Home has been entrusted with services and arrangements. Please visit Wally's online memorial page to send a card or leave a message of condolence for his family at http://www.hollandbonine.com.