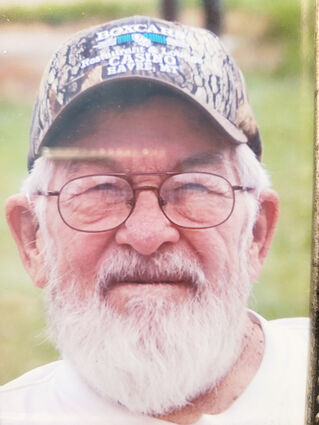 Dave was preceded to death by his father Halvard Berg and his mother E. Alice (Panchot) McConkey, his Dad Royal A. McConcky, sister Marlene Standing, and Brother Warren Berg.

Dave attended high school in Big Sandy and graduated in 1953. Upon graduation he entered the Army and served during the Korean War and was honorably discharged in 1959. Dave returned to Big Sandy and ran the Big Sandy Gas Station. Dave relocated to Arizona where he sold Archway Cookies, worked for Redurn Tire and the Phoenix School District. He retired from the School District in 2002 and returned to his beloved Big Sandy Montana where he resided until he moved to Chinook, MT in 2012.

Dave never met a stranger and made friends wherever his travels took him. Dave's fondest memories were when he lived on the McConkey Ranch located in the Bears Paws East of big Sandy. He has many stories that he loved to share with a willing listener. You could find Dave sitting on a bank of a lake or stream with his fishing pole in the water. He loves to fish and would share that passion with whom ever wanted to find a stream or lake to dangle a hook. Dave's friends from the Mint and Pep's we're very important to him. Dave loved a good story and lots of laughter. He will be missed by everyone that knew him.

Memorial services will be held on March 25, 2022 at the Big Sandy Firehall with Pastor Richard Jesperson officiating. A reception will follow immediately following the service at the Mint Bar. Internment will take place at the Chinook cemetery on March 26, 2022 at 1 p.m. memorials can be made to the Big Sandy Fire Department PO Box 476, Big Sandy, MT 59520, The legacy house, 3004 15th Ave So., Great Falls, MT 59405, or to A charity of the donor's choice.