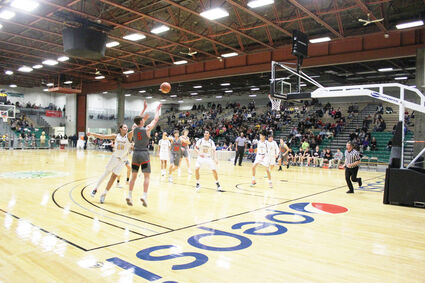 Senior Braden Eoff capped off his high school career at the Northern C Divisional Tournament, wearing the black and orange with pride throughout.