Coming up: first chance, as far as we know, to celebrate St. Uhro's Day in Blaine County 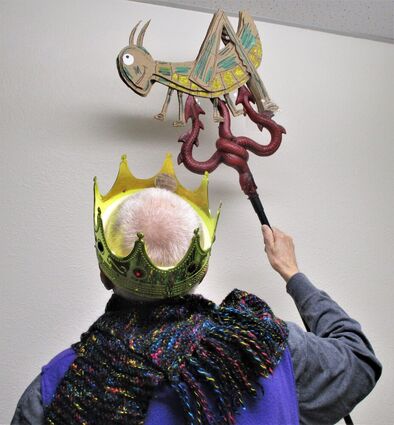 This unidentified senior citizen will be posing as St. Uhro for the upcoming celebrations of St. Uhro's Day-a festival honoring the man who was credited with saving the grape vineyards in Finland many years ago. St. Uhro's Day will be celebrated during lunch at the Chinook Senior Center on Wednesday, March 16. St. Uhro will appear in costume and share his history with diners during a traditional St. Uhro's Day meal. Everyone is welcome, make a luncheon reservation at 357-2648 before 10 am. There is a charge for lunch--$5 for those over 60, $6 for those under 60.

Readers may not be familiar with St. Uhro's Day celebrations on March 16...that's right, one day before St. Patrick's Day. St. Uhro is the patron saint of vineyard workers in Finland. Uhro, serving as a rural priest many years ago, is credited with banishing the grasshoppers that threatened the grape crop (and resulting wine). Sources say the holiday has not been celebrated here in Blaine County, at least as far as any old-timers can recall, and there are no references to the holiday in official archives.