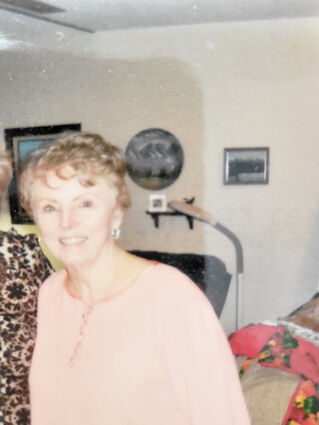 Ginger Faber, age 77, passed into the mercy and grace of her Lord and Savior on March 4, 2022 in Conrad, MT after a short onset of metastatic pancreatic cancer.

Her early schooling was in Havre where she graduated from Havre High School in 1963. Ginger worked several different jobs and pursued college after raising her two children, Dana and Bob. She graduated from Northern Montana College in 1993 with a master's degree in addiction counseling.

Ginger's career led her to reach out to those in need in various facilities including the Montana State Prison in Deer Lodge, Crossroads Correctional Center in Shelby, Home on the Range at Sentinel Butte, ND and hospitals and treatment centers in Havre and Great Falls. She loved being able to reach out to the most troubled and felt led to coach many through their challenges.

Ginger had a flair for decorating and interior design. She was a talented seamstress and sewed many beautiful gifts for family and friends including quilts, tree skirts, pillows, bears and many holiday crafts. Her box of homemade Christmas candies and goodies was anticipated every year. She also enjoyed reading Readers Digest books and playing solitaire. She had a deep love of horses that started at a young age that was always with her. This passion was passed down to her daughter, Dana.

In 1987, Ginger married John Faber in Havre. She said that she had prayed for a man who "loved God, horses and dancing" and they were able to share 34 years together before her passing. One highlight was their trip to Black Mountain, NC to participate in the Christian Believers United Conference.

Preceding Ginger in death were her parents, Glenn and Margaret and her daughter, Dana Birkoski.

Cremation has taken place and no immediate service is planned. Memorials may be made in Ginger's remembrance to: Operation Blessing International, 977 Centerville Turnpike, Virginia Beach, VA 23463.