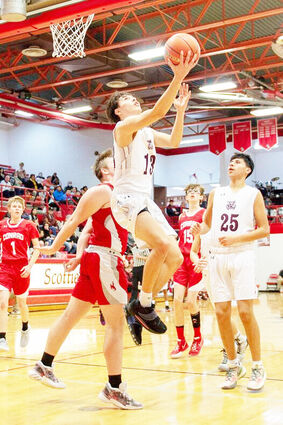 Senior RJ Ramone, has been a prolific scorer all four years he's played varsity for the Wildcats. He is also a lock down defender and a tremendous passer.

The Harlem Wildcats are finally headed back to the Montana Class B Boys State Basketball tournament. After just missing out the previous two seasons the Wildcats punched their ticket to this year's tournament with a thrilling 82-79 win over the Rocky Boy Stars in the semifinal of the Northern B Divisional two weeks ago. The Wildcats finished second at the Northern B and will face the Eureka Lions, the No. 2 Seed out of the Western B at 8:00 p.m. Thursday night.