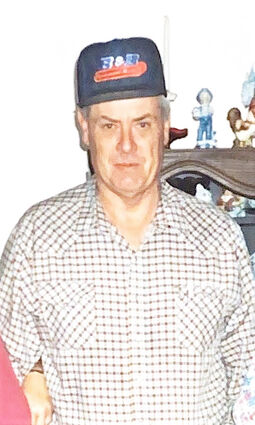 Perry Lee Chapman passed away on March 2, 2022, at his home in Havre MT at the age of 84. Funeral services were held at 11:00 a.m. on March 11, 2022, at Blaine County Funeral Chapel in Chinook. Burial followed in Kuper Memorial Cemetery. Holland & Bonine Funeral Home was entrusted with services and arrangements. Please visit Perry's online memorial page and send a card or leave a message of condolence for his family at http://www.hollandbonine.com.

Perry was born on September 21, 1937, in Bozeman, MT, to Estel Maurice and Elda (Hofeldt) Chapman. He lived throughout Montana with his family during his childhood in places such as Paradise Valley, Billings, Bozeman, Deer Lodge, Jolliet, and other places until they moved to Chinook. As a child, he wore out several tricycles by the time he was three years old, drove a team of horses at five years old, and for fun his sister would pull him on skis with her horse. He went to school up to the 8th grade and then went to work.

He always had a strong work ethic. In his younger years, he was either working with his family on a ranch, or working road construction, running heavy equipment or repairing something. As a young adult, he worked for Zook Brothers doing road construction on the Hi-Line. He enjoyed his work and also loved to pull a good prank on someone, whether putting the equipment in reverse with no one on it and making them run after it, scaring sales men with rattle snakes, or racing the equipment to see who could get done the fastest. He could create anything to solve or repair a problem and make it into something useful. When it came to work, he always did things smarter and not harder. He always said "don't make work out of work".

Perry met Marcene Lynne Campbell in Chinook, MT, and the couple married on December 20, 1963. Together they had a daughter, Francene Chapman, but they were blessed to have a blended family with Perry's son, Mike DeCarlo, and Marcene's son, Donald Lee Williams rounding out the family.

Perry and Marcene lived in several places across Montana, Colorado and Washington. In the summer of 1969, Perry and Marcene moved to Lakeside, CA, where they lived for 43 years. There, Perry worked at Asphalt Inc., where he repaired and operated heavy equipment for road construction until he retired at the age of 62.

In his spare time, Perry enjoyed welding, being a mechanic, and working with metal. He built dune buggies, wood stoves, and so many other things for himself and his friends. While living in Lakeside, CA, they made several life-long friends. They had an amazing group of friends who became family. They all enjoyed camping together in the desert (Superstition, Ocotillo Wells and Ogilby Road), and taking the dune buggies he built and three wheelers out to the desert during the fall, winter, and spring on the weekends. They would go out riding for hours and sometimes pull the kids on sleds behind the dune buggies. They spent several Thanksgivings at Ogilby Road in the desert and would cook their turkey underground. They also had a Jeep and would go off-roading in it throughout the year

Marcene and Perry were partners with friends on a few different stock cars. Perry built stock cars with them all week long, and they would race during the summers on Saturday nights at El Cajon Speedway. Perry would work in the pits on the car, while Marcene would watch the races from the stands with the other wives. They also spent several Sundays watching NASCAR races.

During the holidays they would come home to Chinook to spend time with their parents, family and friends. Perry and Marcene eventually returned home to north central Montana and moved to Havre the summer of 2006. They enjoyed spending time and camping with family and childhood friends, and making new friends. Perry also enjoyed mowing his lawn and the neighbor's lawn with his Dixie Chopper in the summer. He loved running his Bobcat "Bobbie", either plowing snow in the winter, moving dirt, or leveling the roads for himself and the neighbors. After Marcene passed, he continued to enjoy working in the garage, running his equipment, helping his neighbors with projects, going to lunch with his friends, and spending Sunday dinners with the neighbors and his daughter.