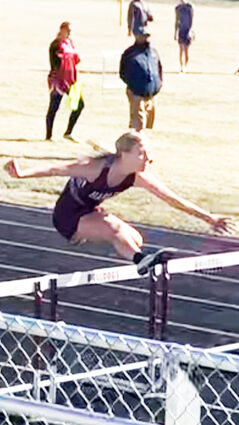 Harlem sophomore Katelyn Johnson looks to do well in the 300 Meter Hurdles this year after earning spot on the podium a season ago at the Top10 in Glasgow.

The Spring Sports season is upon us and once again it's time to take a look at the home stretch of the high school sports schedule. Track and Field athletes in Chinook, Harlem Hays/Lodge Pole, Turner and Chinook have been hard at it as they get set for the season opener.

Tennis Teams in Harlem and Chinook are getting their required practices in to get the season underway the first week of April. The Chinook boys and girls golf team got started today, Wednesday, March 30 in Havre. Harlem High School boys and girls golf teams, along with the Hays/Lodge Pole Girls golf team have been practicing at the Mosquito Valley Golf Course in Harlem to start the year. The Journal has yet to receive schedules from Harlem or Hays/Lodge Pole.

There are a number of changes in spring sports this fall, most being the expected state qualifying standards in Track and Field as well as tournament sites, but the most significant change comes in Class C Golf.

In previous years State C qualifiers were required to post a marked score. For the boys that standard was 100 and for the girls it was set at 125. In addition a team constituted three players from a school with state qualifying marks to compete with a fourth being allowed to add a qualifying score at the State meet.

With numbers increasing steadily for both the boys and the girls, the Class C followed the direction of the larger classification and have transitioned to a Divisional format, while also increasing the individual qualifying and team standards.

In 2022 Class C Golf will be competed in two divisions, the West consisting of 22 teams and the East with 24 teams. Boys automatic qualifying is now set at 85 strokes with the girls being moved up to 100.

The Chinook Sugarbeeters are part of the Eastern C Division and their Divisional will be held in Sidney on Monday, May 9, 2022. The top five teams will advance to the State C Tournament as well as the top 25 individual finishers. 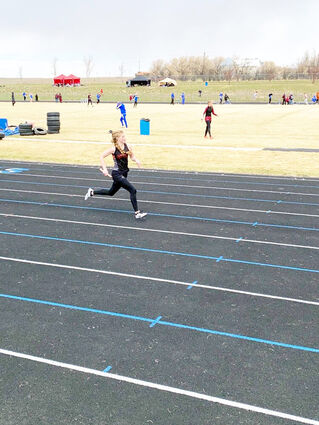 Chinook junior Anna Terry returns as one of the top distance runners in all of Class C.

A golfer with a state qualifying round on the books still has to be listed on the roster at the Eastern C but does not have to play to advance to the State C Tournament. The State C Boys and Girls Gold Tournament will be held in Bozeman March 17-19.

The Class B state qualifying standards remain the same. The Northern B Divisional will be May 10 in Shelby and the State be will be held at Fairmont Hot Springs May 17-19.

This year the Class B and Class C State Meets will be held at Memorial Stadium in Great Falls, May 27-28.

In Tennis the Northern B/C Divisional is set for May 12-14. The official location has yet to be posted. The State B/C Tennis Tournament will be held in Bozeman, May 17-19