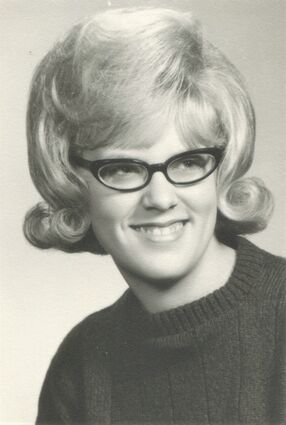 Linda Jean (Hermes) Malley, 71, passed away at her residence surrounded by her family on Saturday, March 26, 2022, ending her fight with cancer. Cremation has taken place, and memorial services will be held at 11:00 a.m. on Friday, May 13, 2022, at St. Jude Thaddeus Catholic Church with Deacon Tim Maroney officiating. Burial will be at a later date in Kuper Memorial Cemetery in Chinook. Her family has suggested memorial donations be made in Linda's memory to the Studio of Dance & Arts or the charity of the donor's choice. Holland & Bonine Funeral Home has been entrusted with services and arrangements. Please visit Linda's online memorial page and send a card or leave a message of condolence for her family at http://www.hollandbonine.com.

Linda was born on April 12, 1950, in Havre to Howard and Esther (Shankle) Hermes. She was raised on the family farm south of Chinook with her sisters, Marilyn, Margie, and Sandi. She graduated from Chinook High School in 1968 and then earned a Certificate in Business Technology from Billings Business College. Linda married the love of her life, Swede Malley in Chinook on June 21, 1969. After finishing school in Billings, the couple moved to Havre, where Linda worked for what is now New Media Broadcasters. Swede and Linda have two sons, Jeremy, and Dustin. The growing family caused Linda to change priorities, and she began selling Tupperware. After a brief stint running her own daycare, she returned to her passion of selling Tupperware, this time as a manager of her unit. In total, Linda sold Tupperware for 33 years. Her love of people served her well in her job, and she enjoyed it until the day she retired.

After retirement, Linda devoted her time to her husband and grandchildren. She was happiest while spending time camping along Beaver Creek, stamping, making crafts (which she fondly referred to as "her therapy"), playing cards, talking with friends, and spending time with her grandkids.

She was preceded in death by her parents, Howard and Esther Hermes, and her brother-in-law, Dave Berg.