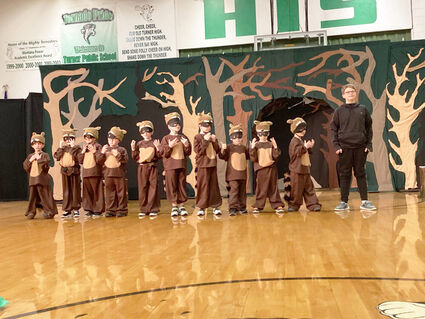 The MCT recently came to Turner to make students in all grades shine like an actor or actress. The production was entitled, "Red Riding Hood." It was adapted by Michael McGill. Music was also by Michael McGill. Grades K-12 auditioned on Monday and began practices immediately after school. The remainder of the week was students of certain groups practicing and lines as well as actions later. If you missed the production Saturday afternoon, you surely missed out. It is amazing how in just a few short days, a large production can be presented to an audience. Costumes and music were p...