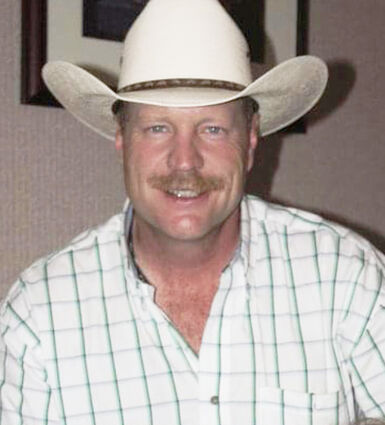 Wade was born to Glenn and Cathy (Henderson) Pursley on May 9, 1964 in Havre. After suffering a massive stroke on April 15 and several devastating setbacks to follow, he died on May 2, 2022 with family by his side at the Great Falls Peace Hospice. The first part of his childhood was spent with his parents, his older sister and younger brother south of Zurich and after his parents' divorce at the old place, in the foothills of Centennial. As a child he loved sliding down hills in a cardboard box, or playing practical jokes on anyone unsuspecting or loving all the animals on the farm. As he grew older, he was so creative he built his own camper on his first pickup. He went to school in Big Sandy, Zurich, and Chinook, and he participated in wrestling, track, FFA, and 4-H. He also took classes at Northern. In 1991 he married Nancy Kleinjan and raised her two children as his own. Nancy and Wade had four children. They later divorced. In 2012 Wade and Des were married and they had two children who are still at home. Wade was a genius when it came to anything mechanical. The saying "Thinking outside of the box," must have been thought up because of Wade. Wade has many achievements with his farm, ranch, and land leveling business, but his greatest legacy is his children. He raised them to be passionate, hardworking, determined, goal oriented adults. He was proud of each and everyone of his nine children. Wade was always up for an adventure with anyone he could convince to go. If Wade was ready for fishing, or building a treehouse, or going to Slippery Ann to hear the elk bugle, it would be an adventure and most likely a funny story to follow. Preceding Wade in death are both his parents, his beloved brothers (Wesley, Danny, and Dale) and his granddaughters (Paige Marie Heilig and Kenley Faith Heilig). Survivors include his wife, (Lourdes) his children: Rachael (Kent) Heilig of Turner, Curtis (Sheena) Pursley of Harlem, Kyla Bratz of Bismarck, North Dakota, Laramie (Silas) Smith of Dillon, Jory Pursley of Havre, Kayceen (Levi) Pursley of Havre, Jase Pursley of Anchorage, Alaska, Benjamin and Delani at the family home; fifteen grandchildren. Brother: David (Michelle) of Harlem. Sisters: Tammie of Havre, Dawn (Kevin) of Circle, Dallas (Gene) of Belgrade, Darla (Todd) of Lewistown, and Dixie (Jonas) of Columbia Falls, his beloved dog, Boomer, his nieces, nephews, aunts, uncles and many cousins and his countless friends. Visitation will be held on Friday, May 13 at the Wilderness Funeral Home in Chinook at 6 to 8 pm. Wade's funeral will be at 1:00 pm on Saturday, May 14 at the Chinook High School Auditorium with burial to follow. After burial there will be the reception at Zurich Park.