Chinook Man to Be Featured on Travelogue Program 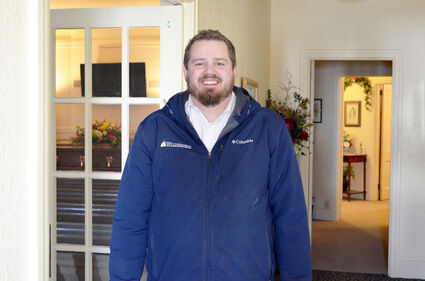 When Montana's longest running travelogue program, Backroads of Montana returns to the Public Broadcasting System (PBS) airways at 8 p.m. on Monday, May 23, it will feature a new host, a Blaine County personality, and some building history. The new host is one of the program's producers, John Twiggs, and this episode will highlight Daniel Dahl of Wilderness Funeral Home and Cremation Services.

Dahl and the Wilderness Funeral Home building in Chinook are the subjects of a segment in the upcoming episode, "The Next Chapter." Dahl will be introduced as a funeral director in Chinook who handles everything from embalming to lowering the casket. In collecting information for this story, PBS Producer Breanna McCabe reported, "I was fortunate enough to follow Daniel around for three days earlier this year. My time in Chinook allowed me to witness the many hats that Daniel wears as he guides families through this difficult time and also manages to perform his duties as a mortician. He does so much that the families don't see. Often times, undertakers are vastly underappreciated. But once Blaine County residents have worked with Daniel, they sure sing his praises,"

With locations in Havre, Chinook, and Malta, Wilderness Funeral Home and Cremation Services serves the diverse backgrounds, cultures, and faiths of rural community members across Montana's Hi-Line. Various families who've used Dahl's services will share testimonials on the PBS program about how "he goes far beyond what's required to give them peace."

Regarding the building's history, the funeral home facility in Chinook was built in 1937 under the direction of, then Chinook Coroner, Herman Kuper. Although the building has seen some changes and upgrades over the years, it is largely unchanged. With its chapel, casket gallery, urn nook, consultation space, and embalming lab, this building has been serving families for over 80 years, making it one of the oldest standing structures in Montana.

Dahl still has Kuper's original ledgers outlining the many deaths he tended to during his career. In addition to listing causes of death, the ledgers provide payment amounts. From these, McCabe was able to calculate the average adult funeral in 1937, which cost about $275. According to ledger entries, flowers back then ranged between $3 and $15.

McCabe originally thought her research for this piece would be an ode to Montana's historical funeral homes. However, once she met Dahl, McCabe realized, "His job today is just as fascinating as his predecessors'. He really carries the piece."

McCabe's favorite working artifact from her visit is the old freight elevator that Dahl still uses to get bodies to the basement for embalming. "It's on a good, old-fashioned rope pulley system that's withstood the test of time," McCabe said. "I can't believe this building isn't registered with the state's Historic Preservation Office!" 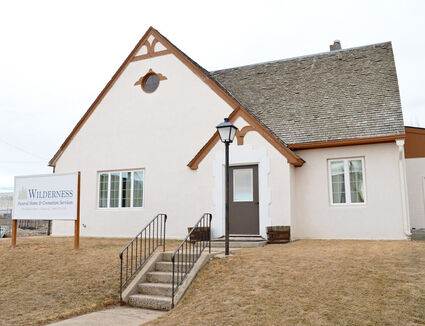 Twiggs, who will be stepping in front of the camera to host this all-new episode on Montana PBS, replaces William Marcus who had hosted the program since its premiere in 1991. Marcus retired in 2021. Other communities profiled in this Backroads of Montana episode are Ledger, Alberton, St. Ignatius, and Gardiner.

In addition to tuning in on television, Blaine County residents and other Montanans can watch the broadcast on PBS Passport or online at http://www.montanapbs.org/live/.