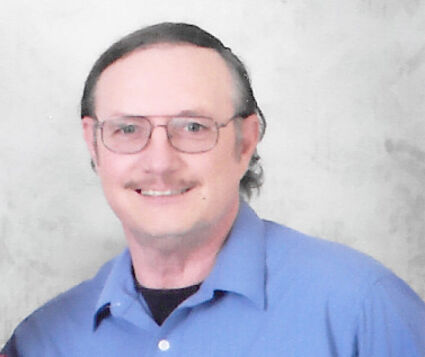 Dutton and former Harlem/Savoy resident, James H. Baker, passed away May 5, 2022. A graveside service will be held at the Harlem Cemetery on May 22nd at 1:00pm, followed by a remembrance service and luncheon at Zurich Park.

James was born September 11th, 1950 at Sacred Heart Hospital in Havre, Montana to Arline and Eddie Baker. He graduated from Harlem High School in 1968, and enlisted in the Navy to become a Machinist Mate from '68 to '72 on the USS Tutuila and USS Leonard F. Mason. He briefly attended Northern Montana College in Havre, originally intending to become a math teacher. He started working for the post office as a relief carrier in 1973, working several other jobs in the meantime. This included being a member of the Harlem police force, working construction jobs with Richard Brekke, working at Northstate Supply, and helping at his brother Brian's shop (Baker's Service Center). Even after beginning to work full time at the post office in 1980, he continued to help at his brother Bill's music and electronics store. He married Theresa Wegner on May 3rd, 1980 in Harlem. James and Theresa had two children, Sean (1981) and Alexis (1987) before moving to Dutton, MT in 1988 where he continued to work for many years as a rural letter carrier. After his retirement from the postal service after over 35 years in 2009, he later spent a couple years commuting to North Dakota to work at Halliburton before fully retiring in 2013.

Growing up he helped his parents and siblings on the farm in Savoy. He was active in the FFA and played football in high school. He was involved with the Rural Letter Carriers Association, occasionally travelling for conferences. He enjoyed mechanical work as well, his pride and joy being a red Plymouth Duster. He enjoyed working on electronics and technology, including computers and video games. His hobbies included handyman work, gardening, fishing and camping, and crossword/sudoku puzzles.