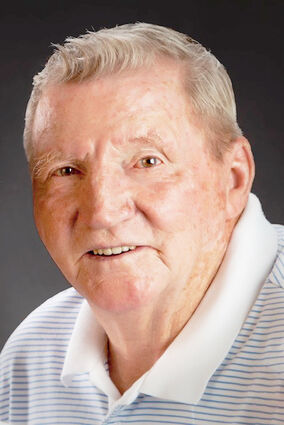 Kenneth G. Yeoman passed on May 15, 2022 in Las Vegas, NV wrapped in the arms of his loving children. He will be interred with his beloved wife, Barbara, in Harlem at a later date. On January 2, 1936, Ken was born in Harlem to his parents, Cloyd and Vivian Yeoman. He was also the great grandson of Alfred Cecil, the original founder of Harlem.

Some of his fondest childhood memories were made growing up in Harlem with his brothers and his cousins. He graduated from Harlem High School in 1954 and then worked in construction and various jobs in Harlem and the surrounding area where he was known and loved by all.

In 1957 he joined the National Guard and while stationed in Fort Knox, Kentucky, he received several accommodations including sharpshooter with rifle and pistol, tank crewman and gunner, and was Honorably discharged in 1964.

During these years of serving his country, he married Barbara Yeoman on December 6, 1958, and they raised their four children in Harlem. Both Ken and Barb were always great supporters of school and community events.

Upon returning from the National Guard, he started Yeoman Construction. He later became involved with Midwestern Homes of Rapid City, SD and won several awards with this association. There are many homes and businesses in Harlem and the surrounding area built by Yeoman Construction.

Ken was heavily involved in the Harlem community with the volunteer fire department, the VFW, and school activities. His interests were varied, and some of his favorite hobbies were playing guitar, fishing, hunting, camping, watching war movies, and studying history.

In 1985, Ken and Barb decided to leave the cold Harlem winters for a move to sunny Las Vegas where he continued a successful construction career until he retired.

Perhaps Ken's greatest legacy was his ability to tell a story and his contagious sense of humor. He was loved by everyone who met him and there was no one more generous and giving of his time and treasure. This is probably the best explanation of why everyone everywhere affectionately called him "Gramps." He will be missed.