Ranchers Continue to Deal with Predators, Solutions Being Sought 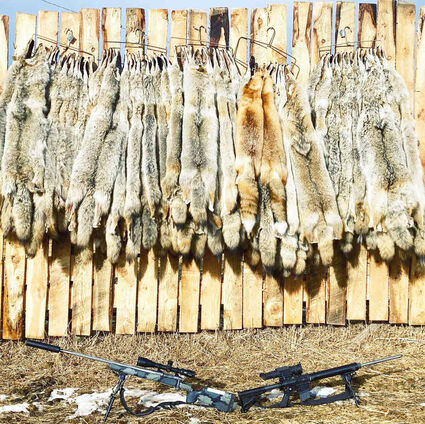 Merle Young, a rancher operating in the Bear Paws south of Chinook, has been dealing with the Mountain Lion and Coyote Livestock problem for years and like many other ranchers has addressed the issue personally. Young harvested a 145 pound Mountain Lion and does his best to keep the Coyote numbers in check during the winter months by conducting his own hunts.

Livestock losses due to predators has skyrocketed in the past 15 years. In 2007 the state legislature began the Livestock Loss Program. Early on the program compensated ranchers for their losses due to Wolves and Grizzly Bears and claims were mostly filed in the western part of the state. In 2019 Mountain Lions were added to the program's compensation annual budget. The compensation fund budgeted for livestock losses due to predators now stands at $300,000. Record number of claims continue to be filed each year and this past November, George Edwards, the Executive Director of the Board expr...