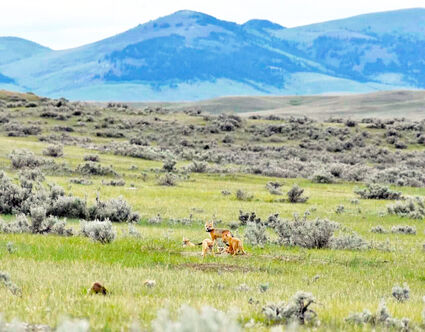 This Spring two litters of Swift Fox have been confirmed on Fort Belknap with at least 10 Swift Fox pups being accounted for. This comes on the heels of a second round of trans-locations back in 2021.

The Fort Belknap Indian Reservation has been very involved in bringing back many of Montana's treasured species. One of Fort Belknap Reservations most recent endeavors involved the reintroduction of the Swift Fox. Once the Swift Fox thrived in the great plains with large populations flourishing from Alberta and Saskatchewan in Canada all the way south to New Mexico and Texas in the southern United States. In the 1800's Swift Fox were extremely common throughout Montana and Southern Canada. The Coyote and Wolf populations of the time however were decimating livestock herds and a massive erad...