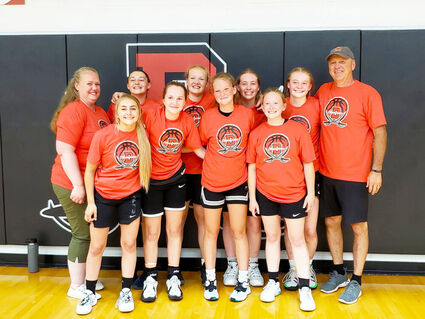 The Chinook Sugarbeeter girls basketball team shined this past weekend in Glendive at the Dawson Community College Summer High School Basketball Tournament. The tournament consist of an eight team upper division and a 16 team lower division. Both a boys and girls tournament is ran simultaneously with games being played at the college, the high school and the middle school.

The Sugarbeeters were a part of the 16 team lower division and won the tournament for the second year in a row. Chinook would have competed in the upper division, but were missing three players. Making the trip to Glendiv...