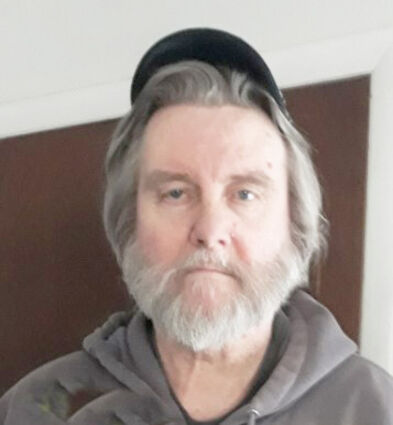 David Clair (Whitey) Melby, 77, passed away Saturday, June 18, 2022, of natural causes at his home with his wife by his side. Cremation has taken place and Graveside services with Military Honors will be held at the Highland Cemetery at 2:30 p.m., Friday, July 1, 2022. Memorial contributions in Dave's honor may be made to K9's For Warriors 114 Camp K9 Road, Ponte Vedra, Florida 32081 or to any Veteran/Military organization of their choice. Cards can be mailed to P.O. Box 241, Havre, Montana 59501. Arrangements have been entrusted to Holland & Bonine Funeral Home.

David was born September 9, 1944, in Havre, Montana to John and Beulah (Cooper) Melby the youngest of their 9 children. He was raised and educated in Kremlin, attending Kremlin Public Schools and graduating in 1963, Go Kremlin Foxes! While attending school Dave was a talented athlete both in basketball and baseball. After graduation Dave went to Arizona to play baseball for the filler teams for a short time. He returned home and entered into the United States Army in 1968 serving in the Vietnam War Era and was honorably discharged in 1974. After his military discharge he returned home and worked as a self-employed Paint Contractor in Havre and the Hi-Line for many years.

Dave was a proud Chevy Man. He was most proud of his 1951 Chevy Coup, 1959 Chevy El Camino and his 1975 Chevy Caprice Convertible. His greatest enjoyment was taking them out on a "cruise" around town while listening to his country/western tapes. He was a friendly, funny man who enjoyed making others laugh at his stories and telling his jokes. Being community minded, always looking out for his neighbors and helping them out when and where he could. He selflessly cared for his in-laws, even before they had heath difficulties. Never asking or expecting a thank you. Dave was very proud to be an American and a United States Veteran.

He was preceded in death by his parents, John and Beulah Melby; his sisters: Mildred Wilson, Frances Halter, Retha Ernst, and Lois Knutson; brothers: Charles, Raymond, and Arlen Melby; and his in-laws, Richard and Jean Callies.

He Fought The "Good Fight."