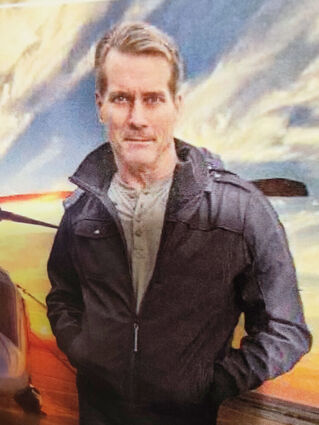 Shawn Scott Erickson, 61, of Medical Lake, Washington – formerly of Turner, MT, passed away on June 12, 2022 in Spokane, Washington of COPD.

Shawn was born to Leneus and Darlene Erickson of Turner, MT on July 8, 1960.

Shawn graduated from Turner High School in 1978. He traveled with Wolery Harvesting for a summer or two. He then went to Helena to further his education in a field he loved – avaiation. He worked as a helicopter and airplane mechanic until his death. His job took him first to Louisiana, where he met and married Connie Wilson in 1984. They later divorced.

Shawn took a job in Africa for five years after he and Connie divorced. He always had stories to tell. His church family in Turner were always glad to hear the stories of the days that Lutheran World Relief drop came to the village he was in in Africa, knowing that their efforts were in deed received and appreciated.

After returning from Africa, Shawn moved to Roberts to be closer to some of his sibblings in Red Lodge. There he built and sold bead blasting cabinets. In Roberts is where he met Sylvia Brown. They married in 1997, he then took on the role as father to Sylvia's children Lara and Jason, as well as father-in-law to CJ, and the grandfather role to Alex and Sierra.

Through the years his jobs took him to Nevada, Washington, and Saudi Arabia (where he spent eleven years). He came back to Washington in 2019 and had been working for a company that fights forest and wild fires.

A funeral service was held in Spokane, WA on June 16th and burial was held in Hardin, MT on June 22nd.