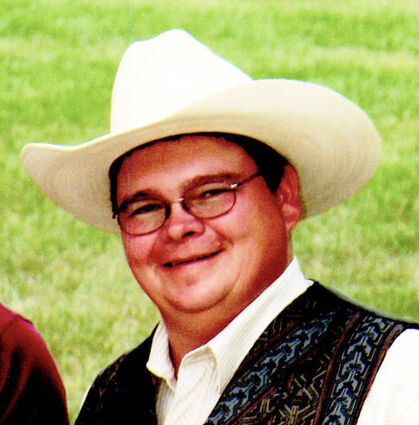 Daniel John Wendeln, 53, of Havre, MT - formerly from Chinook, passed away on July 7, 2022 unexpectedly. A memorial service will be held at 11:00 am July 23, 2022 at the Chinook High School Auditorium and a luncheon will follow at the Pastime Lounge in Chinook.

Dan was born to Casper and Irene Wendeln in Malta, MT on May 31, 1969. They later moved to Chinook and that is where Dan was raised.

Dan graduated from Big Sandy High School in 1988, but also attended elementary in Harlem, Ulm, Chinook and three years at Chinook High School. Dan worked with Wayne Turner, Triangle Aviation in Big Sandy and also worked with Roger Baxter the Veterinarian. In 1997, Dan was owner, operator and manager of Wendeln Inc, Badger Daylighting and ran dydrovac units. In 2004, he worked for Heibauer Harvesting and helped with custom cutting. In 2005, he worked for Omimex Canada, LTD (Oil & Gas) hauling production water from the wells. In 2009, he worked for Tilleman Equipment as an Agriculture Equipment Salesman. In 2022, he worked for Lawson Products up until his death.

In 2007, Dan and Pamela Murphy got together, even though Dan and Pam never got married he was a great step-father to Pam's two kids, Shane Parsons and Shilo Rasmussen. He was also an awesome Grandpa & Uncle to Pam's whole family.

Dan and Pam did everything together. They both loved to camp, fish, can home-made salsa and make many kinds of jams and syrups. They even raised cattle and miniature horses together for over 10 years. Dan also loved to polka dance and be with family and friends

Dan was preceded in death by his father, Casper Wendeln, and a great-niece Jenna Unruh.