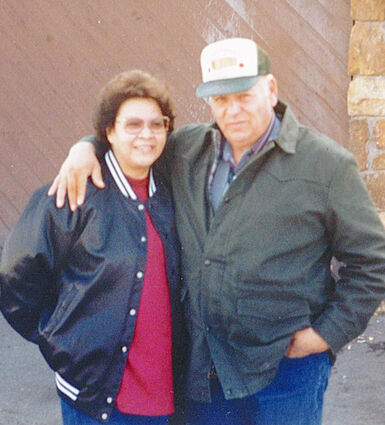 Arlene was born on May 23, 1944 in Fort Thompson, SD to Melissa O'Connor Fogg and Henry Fogg. Arlene married Charles Clairmont in 1964, to this union was born Charles Clairmont and Jesse Clairmont. They later divorced. Arlene later met Ted Metcalf in Fort Thompson, SD. Of this union came Ted Metcalf III and Kevin Metcalf. Arlene married Gordon M Ball on August 31, 1993 in Fort Balknap, MT. They remained close companions until his passing in July of 2021.

Arlene was well known for her beautiful star quilts she made. Many, many households in Fort Belknap proudly own at least one of her star quilts. Arlene also ran a day care for 19 years. The babies all referred to her as "Gramma".

On May 7, 1993, Arlene was the valedictorian of the United Tribes when she received her bachelor's in medical records. She and her son Jesse graduated at the same time.

Arlene will be greatly missed by her many friends she made while living in Fort Belknap.

Arlene is preceded in death by 10 siblings, her parents, and her husband Gordan.