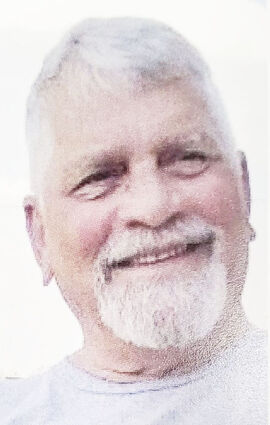 Jerry Joe Edgington, 72, of Denver Colorado, passed away peacefully on Sunday, June 5, 2022 with his wife, Patty, by his side. Jerry was born April 9, 1950 in Havre, Montana to Richard and Carol Edgington. He attended Chinook Schools where he was very active in sports. He was part of the Basketball Team Champions in 1968 and he even was crowned Homecoming King.

After High School, he attended Northern Montana College for a short time before enlisting in the US Army. During that time, he coached the Red Devil Football team as they won the 1971 Championship in Okinawa, Japan. While in the Military, Jerry received his X-RAY education and after his discharge, he worked for the VA Hospital in Denver.

Jerry enjoyed an early retirement from the VA and decided to go back to school to learn welding. He started a second career as a welder for High Performance Car Wash and he also was a co-owner of a self-serve car wash in Denver. As he worked, he always found time for his favorite sport, Golf.

Jerry was preceded in death by his parents Richard and Carol and nephew T.J. He is survived by his wife of 34 years Patty, daughter Denny (Bruce) Denmark, 4 grandchildren and 2 great grandchildren, Brother Danny (Colette) of Chinook, MT., sisters Connie (Stan) Vuckovic of Springdale, PA., Peggy (Bob) Dion of Great Falls, MT., 3 nieces, 14 great nieces and nephews and many good friends. Jerry and Patty also enjoyed their time with their cats Charlie and Lily.

Jerry lost his battle with cancer and will be laid to rest next to his Mom and Dad at the Chinook Cemetery with Military Honors on August 6, 2022 at 1:00 p.m. Following the ceremony, there will be a Celebration of Life at the Eagles in Chinook. You know Jerry will be with us in spirit.