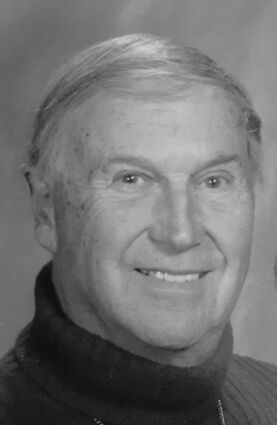 Larry Lewis Martens, age 89 of Coeur d'Alene, ID died July 18, 2022. He was born in Havre, MT on July 29th, 1932. He graduated from the Chinook, Montana H.S. in 1950. He graduated from the University of Washington with a B.S. in pharmacology. In 1955 he married his high school sweetheart, Marlene McKinnie. After a deployment in the U.S. Army, they returned to Chinook where he joined his father, Henry Martens, who owned the Chinook Rexall Drug. The marriage produced four beautiful children: Laurie Caro Martens, Candi Moore Martens, Tracy Wilkonski Martens, and Matt Martens, seven grandchildren, and nine great grandchildren. In 1977 Larry and Marlene moved to Libby, MT to manage the new pharmacy with the Rosauer's supermarket chain. In 1987 they moved to Coeur d' Alene, ID where he purchased the CDA Drug and Gift. After retirement, Larry and Marlene spent many winters in AZ as "snowbirds". Larry was a lifelong member and elder in the Presbyterian Church. With family by his side his savior called "come" you ran a good race and now it is done!

Interment will take place at the Kuper Cemetery in Chinook, MT. The memorial service will be 10:00 A.M. Saturday, July 30, 2022 at the First Presbyterian Church in Coeur d'Alene. Yates Funeral Home, Coeur d'Alene is in care of arrangements. Please visit Larry's online memorial and sign his guest book at http://www.yatesfuneralhomes.com