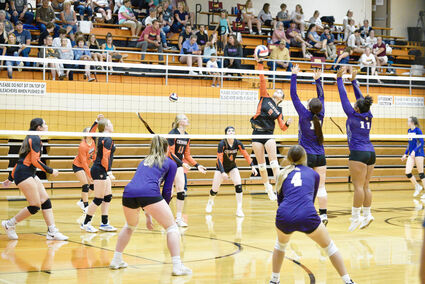 The Chinook Sugarbeeter Volleyball team had a huge week on the court. Thursday the girls hosted the North Star Knights in a District 7C Showdown that was never really close. The 'Beeters came out swinging and stormed their way to an easy three set sweep of the Knights, 25-12, 25-9 and 25-20. Saturday, the 'Beeters hosted the 39th Annual Chinook Invitational Volleyball Tournament going 2-1 in Pool play and eventually finishing second, falling in the championship match to Highwood 25-20, 25-20.

Thursday, the 'Beeters were on top of their game as they welcomed the North Star Knight to town. Ch...