Wildcats Turn it on in Second Half, Thump Rocky Boy 54-8 in Homecoming Win 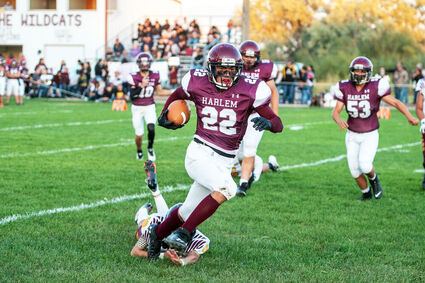 The Harlem Wildcats got to play in front of their home town fans for the first time after two weeks on the road to start the season. The Wildcats added the finishing touches to a fun Homecoming week by thumping the visiting Rocky Boy Stars 54-8 to improve to 2-1 on the season.

The Stars began their first drive with a few good plays, but were soon shut down. Senior Linebacker Clay Adams made a...