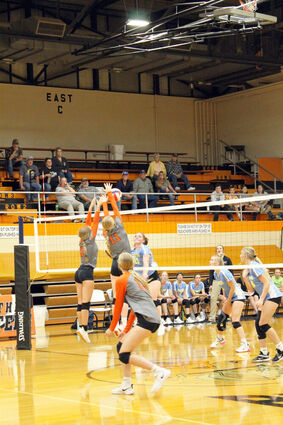 The Sugarbeeters have had an outstanding season at the net, scoring big points with the blocks and well placed Kills throughout the season. Juniors Teagan Richman (2) and Hallie Neibauer (11) have been a huge part of that effort.

The 'Beeters recorded 34 Kills in the match with 15 coming from junior Hallie Neibauer. Junior Mya Berreth set the hitters up with 21 Assists while also recording five Aces in the win. Sophomore Rilee Molyneaux dug up a team high nine balls in the match.

The team concluded by runni...