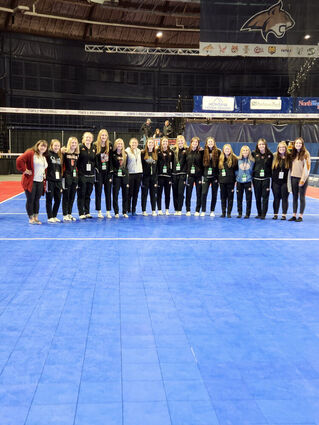 The Chinook Sugarbeeters capped an outstanding season with a fourth place finish at the Montana Class C State Volleyball Tournament in Bozeman this past weekend. Chinook concluded the regular season by winning their final 12 matches to finish 13-3. The 'Beeters won their first 7 post season matches before finishing 10-4 in tournament play. Overall the 'Beeters compiled a record of 23-7 record in their final season in the Class C ranks. Next fall the Sugarbeeters will join the District 1B as they move to a Class B classification.

The Sugarbeeters began the tournament Thursday morning in the first match of the day and took down the Eastern No. 1 Seed Circle Wildcats three sets to one. Thursday night in the quarterfinals The Sugarb...