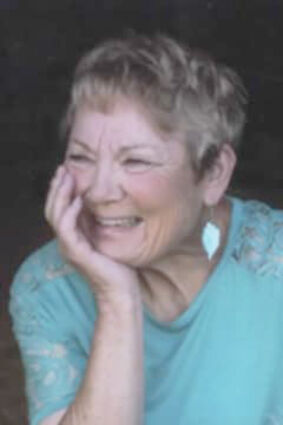 She was born on June 17, 1952, in Havre, Montana, to Ray and Erna Ramberg. She was raised on the family ranch, South of Chinook, MT. She attended Ada Elementary and graduated from Chinook High School in 1970. As a young girl growing up on a ranch she took an active interest in horses, cattle, sheep, and in 70 years she was never dogless. She was actively involved in 4-H and the American Hereford Association. She attended Montana State University and transferred to Colorado State University where she graduated with an Agricultural Journalism degree in 1975.

When she returned to the ranch in 1976, she started her own sheep herd and in 1977 sold a couple lambs for 4-H projects. Soon, Patty was selling lambs to surrounding counties and beyond. It became apparent to her that if she wanted to continue to raise competitive lambs in the show lamb world, she was going to have to improve her genetics. She began to purchase quality club lamb rams and kept improving the herd. In 2004, she officially started Patty's Club Lambs holding her first live auction, and eventually moved to an online auction format which continues annually, every April.

On Dec. 31, 1987, she married Larry Nissen and became a mother of five children. Together, Larry and Patty founded an Angus seedstock operation that produced quality angus bulls until 2010 when Larry passed away from cancer. On Jun. 29, 2013, Patty remarried to Marvin Cross. Together they consolidated their angus herds and operated as Top Notch Angus until 2021. Due to health concerns, they dispersed the herd and relocated to Missoula to be closer to family. Despite dispersing the cattle heard Patty insisted on relocating 30 head of her best ewes to Missoula, where her son Ray continues to operate Patty's Club Lambs.

Patty had a lifelong commitment to custom fitting. She was actively involved in 4-H until her death, and offered advice/help to fit, feed and show animals to anyone willing to listen. Patty helped her own children show cattle and sheep and helped countless youth over the years. She was a livestock breeder who committed her life to involving the youth of tomorrow in agriculture and educating people about proper livestock care and presentation.

Survivors include her husband Marvin, Missoula; Her children and her grandchildren, one brother and his family Gary (Debra) Ramberg, Chinook.

A celebration of life will be held on June 16, 2023, at the Blaine County fairgrounds commercial building. Time to be determined.