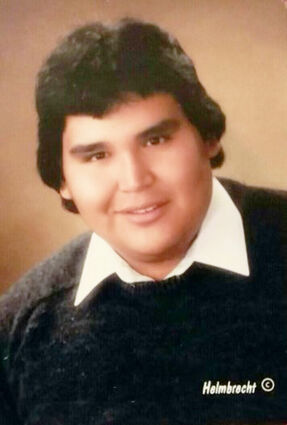 William James Ball departed this earth to begin his eternal journey to be with the Creator and be reunited with his parents. He was born on November 21, 1967 and left this world on November 30, 2022 at the age of 55. A wake was held Friday, December 2, 2022 at 6 PM, and a funeral service was held Saturday, December 3, 2022, at 11 AM. Services took place at Wilderness Funeral Homes in Chinook.

Will, as he was known to most, attended elementary, jr high, and high school in Harlem, graduating from Harlem High School in 1986. He was an avid Raiders fan his entire life. One of his unique talents was the ability to mentally keep tabs on player stats from the NFL, NBA, and high school basketball. Will could have been a sports commentator as he had a unique ability to sportscast equivalent to professional sportscasters. He was also an LA Lakers fan. His love of sports led him on many adventures following the Harlem Wildcats basketball team to tournaments. Will was a Wildcat.

Will was a jolly soul and loved to laugh, joke, and tease. This is how he is remembered, by his laughter and humor. He gained many friends along his journey. Will maintained lifelong friendships, friends became family to him. He will be missed here on earth by his friends and family, but be comforted that he is now healthy, happy, and whole.