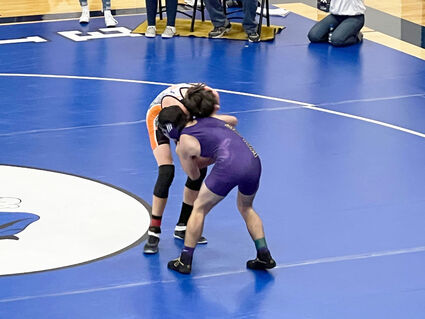 Senior, Tyler Schoen wrestling at 182 pounds, had a fantastic start to the season picking up six wins over the course of the two days. First Schoen won by Fall over Seth Hicks from Lewistown in 1:36. In his second match Friday he again won by fall this time over Havre's Kale VanCampen in 1:03. Schoen completed the day with another Fall, pinning Lewistown's Quinn Boogman in 0:51.