Turner Tornadoes get by Fort Benton 52-47, Fall to Chester J-I to Start Season 3-1 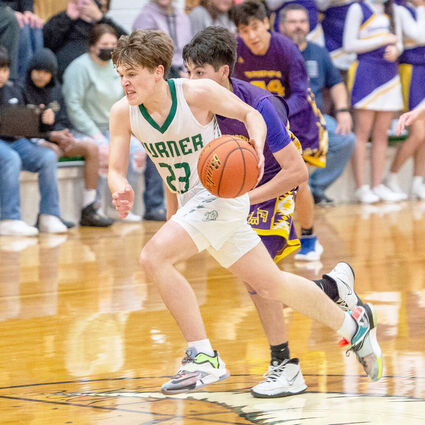 Turner junior Ryan Doyle tossed in 23 points Friday night to lead the Tornadoes to a 52-47 win over the fort Benton Longhorns. The Tornadoes sit at 3-1 to start the season.

The Turner Tornadoes were back on the court for the first time since winning a pair of games in Glasgow to start the season two weeks earlier. Turner opened District 9C play Friday night with a home contest against the Fort Benton Longhorns. The Tornadoes got off to a fast start and then held on for a 52-47 win. Saturday the boys were in Chester taking on the Hawks. Turner never found any footing in dropping their first contest of the season 58-32

The Turner Tornadoes got on the board early with an easy bucket off a nice inbound by junior Trent Billmayer. Turner scored the first six points...