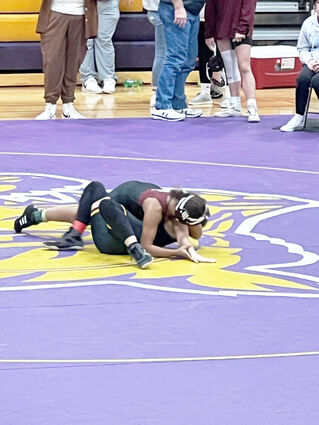 The Chinook Sugarbeeters and Harlem Wildcat and Lady Cat wrestling teams were in Chester this past Thursday for a mixer and Cut Bank on Friday and Saturday for the Cut Bank Invitational. The Lady Cats collected three second place finishers while placing six out of seven wrestlers on the podium to finish 2nd in the team race. The Sugarbeeters placed two in the boys tournament with senior Tyler Schoen collecting another championship. The Wildcats had one wrestler make the podium. The 'Beeter girls entered three in the tournament with all three earning podium finishes.