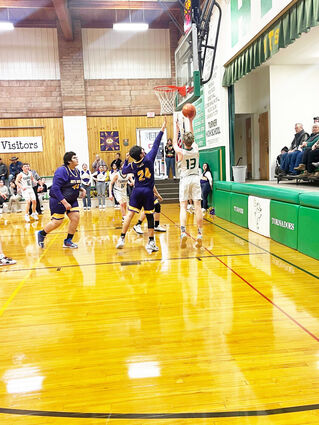 The Turner Tornadoes began the new year with a home contest against the Box Elder Bears. In a nip and tuck battle it was Box Elder securing a 56-46 win over the Tornadoes. Friday night Turner had their way with the visiting Thunderbirds running their fast break offense to perfection in a lopsided 78-33 win.

Against the Bears the Tornadoes found themselves in a battle right from the opening tip. Box Elder took a 10-6 lead early on. Turner trimmed a couple points off before the break and trailed 21-19 at the half.

Both teams had their turn at seizing the momentum but in the end it was the Bea...