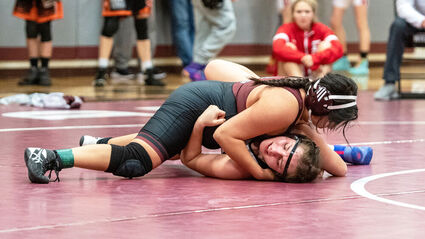 The Chinook and Harlem wrestling teams got a chance to show Blaine County what they could do on the mat this past Friday and Saturday. The Sugarbeeters hosted their mixer on Friday night and Harlem hosted the Wildcat Invitational on Saturday.

Unlike football, volleyball or cross country the wrestling teams generally are on the road every week of the season. The Sugarbeeters have been able to hold their mixer late in the season and some years even included one at the start of their schedule. Harlem hasn't been able to host an event since 2020 having had to cancel the past couple of years due...