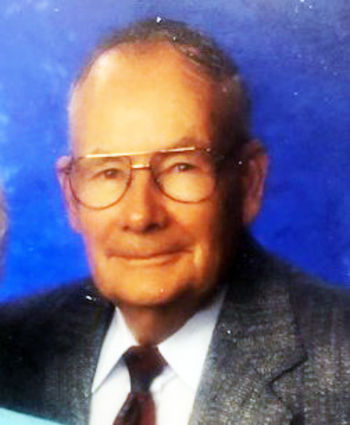 A service celebrating his life was held at Edwards Funeral Home on Friday December 28, 2018 at 1:00 p.m. Burial took place at Kuper Memorial Cemetery and a reception followed at Walner Hall in Chinook.

'Bill' was born on the family farm east of Chinook on August 28, 1921. He graduated from Chinook High School in 1938. He later married Edith Helen Staples on May 23 1948 at the Turner Lutheran Church.

'Bill' took over the family farm after he and Edith were married, and continued irrigated farming and ranching until he retired in the early 1990's and moved into Chinook.

'Bill' was a lifelong member of the United Methodist Church. After retirement he served on the Chinook Senior Center Board and volunteered many hours. 'Bill' enjoyed wood working, square dancing, gardening, playing cards, and spending time with his nephews.

He is survived by his wife Edith of Chinook, and numerous nephews and two nieces. The family asks that memorial be made to the donor's choice. Arrangements have been entrusted to Edwards Funeral Home.