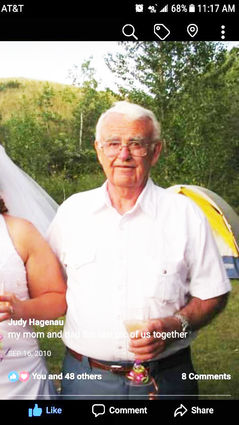 John LeRoy Downhour, 85, passed away due to natural causes on Thursday, February 28, 2019, at Northern Montana Care Center. Funeral services were held at 11:00 a.m. on Tuesday, March 5, 2019, viewing commenced an hour prior to the service, at Holland and Bonine Funeral Home. John's family has suggested memorial donations be made in his name to Friends of Beaver Creek Park, Havre, Montana. Holland & Bonine Funeral Home has been entrusted with services and arrangements. Please visit John's online memorial page and leave a message of condolence for his family at http://www.hollandbonine.com.

John was born on October 6, 1933, in Morristown, Minnesota, to Forest and Helen (Hermel) Downhour. He was raised in Morristown, graduating from Morristown High School in 1951. Also in 1951, John entered the US Army and served until his honorable discharge in 1953. He then returned to Morristown and married Jeanice Crumb in 1956, and the couple had seven children. The family relocated to Harlem in 1982, where John worked as the manager of the VFW. Jeanice passed away in 2010 , and John retired and moved to Havre in 2010.

He enjoyed playing cards and fishing, but his favorite pastime was spending time with his family.