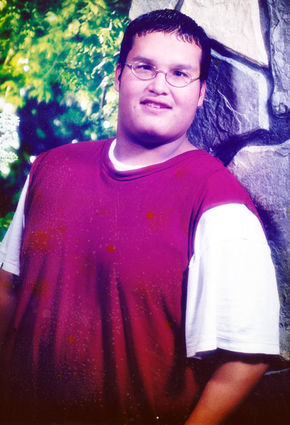 Condolences for the family may be left at http://www.kirkwoodfuneralhome.com

He was born August 30, 1986 in Havre, Montana to belated mother Zola F. Baptise and Dad Leroy D. Tucker. He was gifted with two Native American names. One name came from his Dad who calls him Wamnee Hoksheena in Nakoda. It means Eagle Boy. His other name came from his grandpa Joe Ironman who decided to name both his sister and brother at the big lodge during Joe's last Sundance. His Aaniiih name is Kibyoh' uhk'I Binaathei' PH'ooo' which means Big Flying Thunderbird.

He was a firm believer in the creator, of following the Lakota and Wecha Winktgogo way of life. At 14 years old he had his first and was the youngest to pierce a Wecha Winktgogo Sundance, below the Little Rocky Mountains. He became a part of the Wecha Winktgogo clan. They said that he will live a hard life and it was true. He made a commitment to carry-on that way of life with Lakota Sundance, which was held North-West of Lodge Pole, Montana, at a place called "Wild Horse."

He spent most of his Sundance way of life learning and practicing songs and prayers with Sundance relatives from Wyoming of the Talksdifferent Family and with Mike Talksdifferent. Leroy was a great singer, he loved to listen to pow wow music, play games, and share his knowledge of any hardships he faced in life. No matter what was wrong with him, anyone, especially his love for his sister's well-being came before his. Leroy loved to help younger generations by giving them support and love. Leroy danced traditional at the local Milk River Indian Days. He also loved to play basketball with his brothers who are close friends. He liked to tease people and always had fun with whoever knew him well.

Even though Leroy's life was hard and short on this earth, he always brightened and greeted everyone with a huge smile. He loved his dad and his sister immensely. While he was here he had dreams to become successful person, not educationally but with strong will to help others by telling his hard life story so others could learn from him. Leroy will be greatly missed by everyone that he came into contact with but will be remembered always.

He is preceded in death by his great-great- grandparents Joseph and Juanita Tucker, his mother Zola F. Baptiste, his honorary brother's Jay T. Allen and Allen John Long Soldier, Jr .; his paternal grandparents Leroy Tucker Sr., and Ruth Johnson, his sister Kathy Begs His Own, his grandma Lucille Tucker, his aunt Luella Tucker, and his Grandma Jeannette Looking.