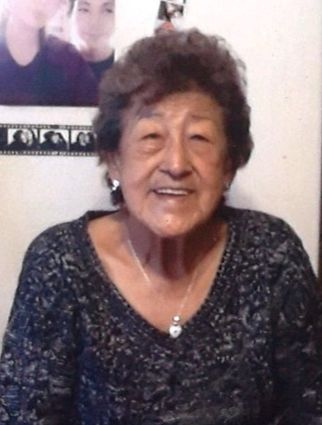 Shirley Ann Nicholson White went to be with the lord suddenly on May 17, 2019 at the Billings Clinic from natural causes.

Condolences for the family may be left at http://www.kirkwoodfuneralhome.com

Shirley was born April 25, 1939 to Annie Sleeping Bear and Murry Nicholson in Cleveland Montana. Shirley grew up in the Hays Montana area. She attended Mission Grade School and then Helena boarding school.

Shirley met Thomas Cochran Sr. In 1957 and married. They had nine children together, Charlene, Roseann, Henrietta, Mary Agnes, Lewis, Raymond, Robert, Michael, and Jennie Cochran. They were married for 17 years and later divorced. She met Max White Jr. and married they spent 37 years together.

Shirley was a homemaker; she loved taking care of her children and later her grandchildren. One of Shirley's funniest past times was being in the Bones Gang. There was Shirley Nicholson, Frances Mann, Ilene Jones, Thelma Jones and Naomia Turntoes. They were known to be really tough; Ha-ha, and liked to beat up men.

Shirley had loved to play bingo. She made it to all the big bingos. She also loved to play machines at the Ft. Belknap casino. She liked to play crib and Yahtzee with whoever was down to play against her. Shirley also liked to watch her granddaughter Mulleeah Stiffarm play basketball she made it to all her games. Shirley will be greatly missed by many and forgotten by none.