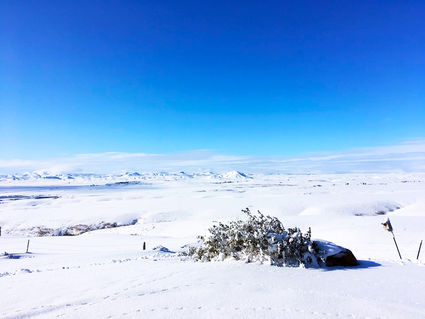 The warnings for severe early season winter storm began going out last Monday and by Friday the National Weather Service had declared the storm to be an imminent threat from the Rocky Mountain Front across the Hi-line. Those areas to the west of us got hit pretty hard and parts of Blaine County seen as much as two feet of snow fall, combined with high winds. For the most part, Blaine County escaped the brunt of the storm with minimal road closures and just one short power outage.

When Blaine County residents left work Friday afternoon in preparation for the weekend in front of them many were focused on battening down the hatches and preparing for what was predicted to be a severe early-season winter storm.

Fresh on the minds of many residents was the heavy snowfall that fell upon the region during record setting and extreme damage causing storm that occurred in the first week of October 2017. That storm paralyzed the county, leaving thousands without power for days on end while knocking down trees and destroying buildings in the process.

This past weekends storm did...