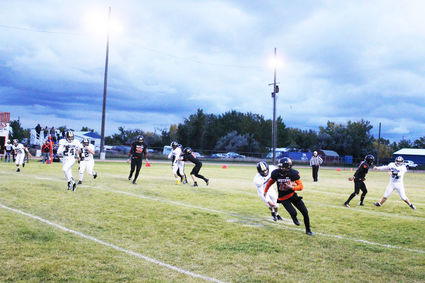 The Chinook Sugarbeeter football team has played very well at times this season but unfortunately have been unable to pick up that elusive first win. The 'Beeters were looking for a different result during their homecoming contest against the Cascade Badgers. The 'Beeters started fast and achieved their goal in resounding fashion. Chinook picked up its first win of the season with a lop sided 56-6 win that started with a 30 point outburst in the first quarter and concluded with a school record-tying 79-yard run late in the fourth.

Chinook wasted little time in exerting their dominance over...