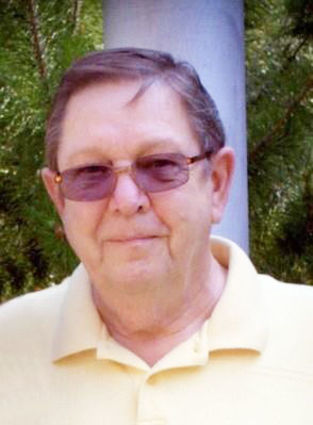 Great Falls - Douglas Jay Severson was born on May 3, 1943, to Orval and Hazel (Nelsen) Severson in Chinook, MT and passed away peacefully, on December 7, 2019, in Great Falls, MT.

The third of four children, Doug was raised in Chinook, where his dad owned the creamery. After graduating high school in 1961, Doug enlisted in the Air Force and was stationed at MAFB in Great Falls, MT where he served honorably as a medic until 1965. It was during his time there that he met his oldest and dearest friend, Larry Rainierson. He often spoke of their many adventures together, and what good times they had. After the service, Doug remained in Great Falls and worked at the AMC Smelter and Refinery for a short time, as well as at Sappington's Service Station before going to work for Sears as an appliance repairman in 1974. He would remain at Sears for the next thirty-two years until his retirement in 2006.

In 1970, Doug married Nance' Woolverton and they shared two daughters, Amy and Katie. Although, they divorced in 1977, Doug and Nance' remained amicable and did a wonderful job of raising their daughters together. The girls were his pride and joy, and he was a constant and loving presence in their lives, never once missing a school program or activity. He was an equally loving and present "Papa" in the lives of his grandchildren. The front door was always unlocked and there was no need to knock. He was readily available if anyone needed him for anything or simply wanted to drop by for a chat.

Doug loved music and was an accomplished pianist in his own right. In high school, he was in a three piece band that was often hired to play school dances in and around the Chinook area. While Ella Fitzgerald was his all-time favorite singer, Glenn Yarborough ran a close second. Doug looked forward to family get-togethers, enjoyed reading Louis L' Amour novels, playing golf, and debating politics with his brother-in-law, Bud. He also enjoyed watching Jeopardy, Wheel of Fortune, and football with his girls. For the past three years, Doug resided at "The Ranch" with Kate and her family. There, he looked forward to status updates on the cows from his son-in-law, John, while John relied heavily on him for the daily weather report.

Dad, we love you so very much and will miss you more than words can say. You were the best father two little girls could have ever asked for. While you set the standard very high, we will try to live our lives by your example and continue to make you proud!

We would like to give special thanks to the staff at The Grandview and Peace Hospice for the exemplary care and compassion Dad received in his final days. Contributions in his memory are suggested to either of these remarkable facilities. Arrangements are being handled by Schnider Funeral Home. In accordance with his wishes, no services are planned.