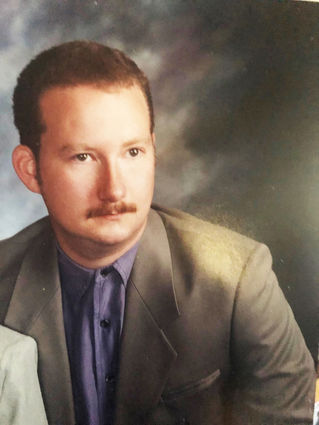 It is with heavy hearts, we announce the passing of David LeeRoy Allen on December 25th, 2019. He passed away at Northern Montana Care Center after a lengthy illness, surrounded by his loving family.

David was born to Donald and Irene Allen at Northern Montana Hospital on August 13th, 1970. David joined his parents and sister Sharon at the family home in Chinook MT. David lived and went to school in Chinook all his life. He graduated from Chinook High School in 1989. While in school David participated in football, boxing, and his most favorite sport wrestling. He always said that there was no better feeling getting your arm raised after winning a match. Upon graduation David enlisted in the United States Army. In the Army he served in the Persian Gulf War. David was honorably discharged in 1991. After his discharged he returned home to Chinook, where he resided until his passing. He worked as a CNA at the Sweet Memorial Nursing Home for over 20 years until he could no longer work. David also joined the National Guard while working at the nursing home.

On July 23rd, 1994 David was blessed with a son Cole, who meant the world to him. David loved hanging out with his family and friends in his off time. He especially loved hanging with his nieces Sarah, Gracie, Angie, and Lou. Teaching them how to box, play bloody knuckles, and giving them advice when they need it. He also enjoyed and had a great passion for fly fishing, spending many days on the lakes. He was also a great Pool player and had a love for classic rock bands such as Kiss, Motley Crue, and his favorite band Def Leppard.

David was blessed with a Grandson, Wesley on December 28,2018. He loved him greatly and was so proud to see him whenever he could. Wesley was a bright star in his eye.

David was proceeded in death by his dad Donald Allen and Uncle Eugene Steffan.

He is survived by his Mother Irene Allen of Chinook Mt, Sister Sharon Richardson of Havre Mt, Son Cole and his wife Chelsey Moyneaux and Grandson Wesley. Nieces Sarah Reynolds of Ekalaka Mt, Gracie & Allen Steele of Glendive Mt, Angela & Daniel Flathers of Dickinson Nd, and Loucinda Richardson of Hamilton Mt. He is also survived by numerous great nieces and nephews who loved him, many close friends that he made over the years in Chinook.

Funeral services will be Saturday January 4th, 2020 at 11:00 am at Wilderness Funeral Home Chapel with Military Graveside honors at Kuper Memorial Cemetery in Chinook. Following will be a lunch with the Pastor announcing.