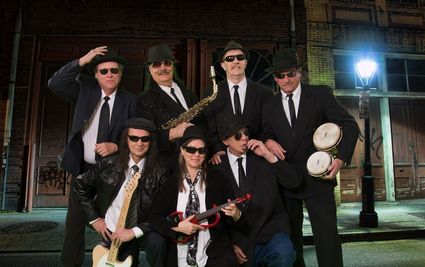 Save the date! On Saturday, February 1 from 4:00 p.m.-9:00 p.m., the Blaine County Fair Foundation will play host to the Second Annual Blaine County Brew Fest, which will be held in the Commercial Building at the fairgrounds located at 300 Cleveland Road West in Chinook. Sax Cadillac will provide musical entertainment at the event.

According to event organizer, Blaine County Fair Board member Loren Skoyen, seven breweries have committed to attending and will have representatives pouring hand-crafted Montana beers. The three Havre Breweries-Triple Dog, Viszla, and Old Station-will be present, as will Lewis and Clark Brewing Company from Helena, Big Spring Brewing from Lewiston, Blue Ridge Brewing from Malta, and Beaver Creek Brewery from Wibaux.

"We're also working on Golden Triangle out of Fort Benton, but they aren't a 'for sure' at this point," Skoyen said. "Havre Distributors will have beers on tap from the breweries who can't come, and the lovely Tara Hofeldt will be serving wine from Tongue River Winery out of Miles City, Montana."

After paying the Brew Fest entry fee, a person will receive a commemorative glass in addition to two drink tokens. Glasses this year will be etched with the slogan, "Best Damn Brew Fest in the County." Additional drink tokens can be purchased at the Brew Fest, and super nachos and traveling tacos will also be available for sale at the event.

From 6:00 until 9:00 p.m., Sax Cadillac, a variety dance band based in Havre, will play blues, classic rock, and country rock music. Founded in June 2000, Sax Cadillac features Kirt Miller, who is the lead vocalist and performs on multiple instruments, including saxophone, keyboards, and guitar. Miller will be joined by Kris Shaw on violin, mandolin, and vocals; Fred Hulett on harmonica, acoustic guitar, and vocals; Dan Dolph on guitar; Xavier Brown on bass; Pete Suci on cello; and Charles Spolar on drums.

In way of an invitation, Skoyen stated: "This will be a fun event. It won't be as crowded as other brew fests, the music won't be too loud that you can't talk and drink, and we'll have good food. Besides, what else is there to do in February?"

All of the profits from the Brew Fest will go towards funding the Indoor Event Center.